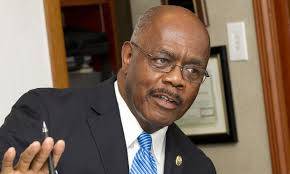 We salute District Attorney Paul Howard for his quick actions against an obvious revenge murder by an Atlanta Police officer. DA Howard has several other cases that he says are hampered by the "blue wall of silence" promoted by police unions. Officers will not give information about other officers' conduct. That policy prevents prosecution and keeps bad officers on the force. In the recent cases, there were witnesses and video recordings. In many of the previous cases, the main witness was killed and other witnesses are intimidated. Police unions have demonstrated that they have adopted the policies of the KKK and are enemies of the black community. Be careful of any politician that is endorsed by the Fraternal Order of Police (FOP) or the International Brotherhood of Police Officers (IBPO) #WeAreDoneDying