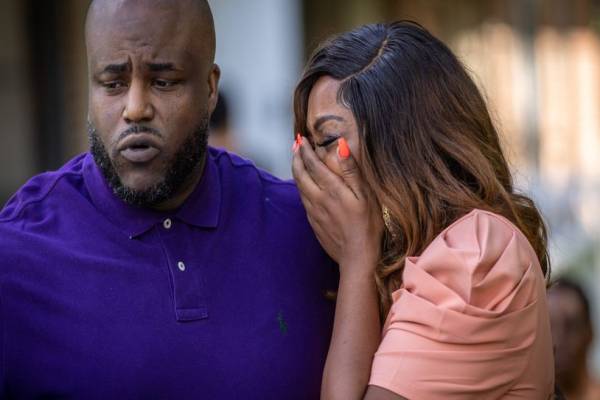 NAACP Atlanta and the Georgia NAACP jointly call for a Federal investigation of the patterns and practices of the Atlanta Police Department.  At a news conference to speak about the May 2022 death of Nygil Cullins, Atlanta NAACP President Richard Rose and Georgia NAACP Gerald Griggs detailed a record of violence by white officers against Black citizens.

The news conference opened with emotional pleas from the family of 22-year-old Nygil Cullins, who was killed during a confrontation with police at a Buckhead steakhouse. Cullins’ family said he was diagnosed with bipolar schizophrenia and had a mental breakdown the day of the shooting.  Griggs, an attorney, also suggested legislative changes to Georgia’s open records laws to allow for information to be released about investigations in certain circumstances. Current state law does not permit law enforcement agencies to share information as long as an investigation is open, Griggs said.

“No one is above the law, and we have to make sure that means something,” Griggs said.  When a police shooting happens, Griggs continued, “There is a media statement that’s put out there and it’s allowed to just linger like it’s the gospel truth. We need accurate information to be released to the media so the family can understand what happened and stop villainizing the suspect because he was a suspect. He was not convicted of anything.”