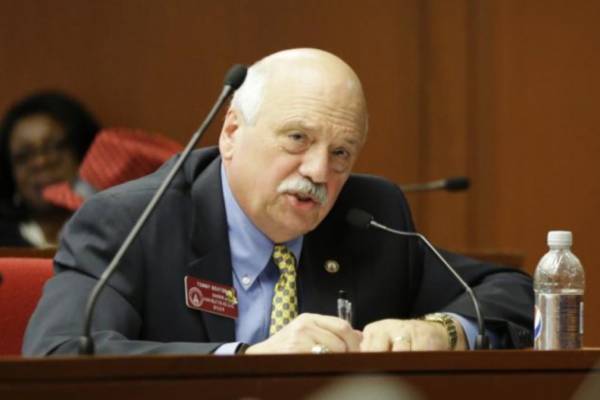 Jackson County State Representative Tommy Benton is afflicted by the same malady and Stone Mountain Board Chair Carolyn Meadows.  They believe in the institution of African slavery.  Benton's lament is that southern planters lost "billions" in "property" when this country finally recognized the humanity of Africans and African descendants.  Apparently these two represent the perspective of the ruling political party in Georgia as they continue to defend the taking of public property to celebrate and defend the vanquished Confederate States of America.  Georgia's continued support of the Confederacy and its principles amounts to state sponsored terrorism as it encourages violence against African Americans by those who espouse that the South should not have lost.  The confederacy lives on in Georgia law.

The images, exhibits and atmosphere at Stone Mountain celebrate white supremacy and the dehumanization of African Americans. Allegiance to the Confederacy is a direct contradiction to the principles of America as the "land of the free."  Political officeholders in Georgia take an oath to support the Constitution of the United States.  Rep. Benton's membership in the Sons of the Confederate Veterans declares allegiance to the Confederacy, not the United States of America.