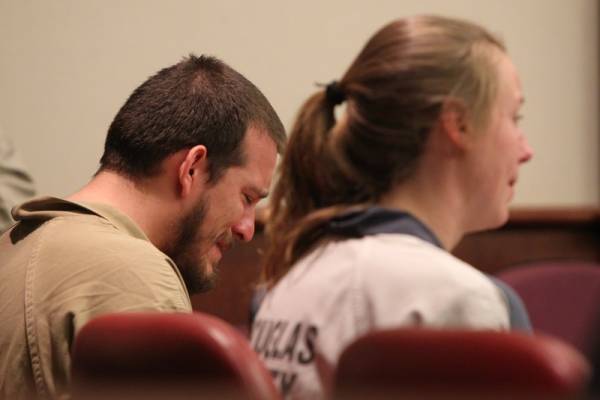 A courageous Douglas County Georgia Superior Court Judge upbraided both defendants in a 2015 Confederate flag, gun-brandishing, hate-speech-filled demonstration and the Douglasville Police Department.  Despite several 911 reports over 2 counties, the defendants and their co-conspirators were not arrested at the time.  Instead, police allowed them to drive off with their firearms in their flag-draped pickups.
White supremacy continues to be winked at by America but Judge William McClain sent a message of stiff sentences that should be received by the Governor and the Georgia legislature to end the state-sponsored celebration of white supremacy and black degradation. In addition to the sentences handed down to Kayla Rae Norton & Jose Ismael Torres, Thomas Charles Summers and Lacey Paul Henderson II had previously pled guilty in the same series of incidents.