Yet Another Compromise To Maintain White Supremacy 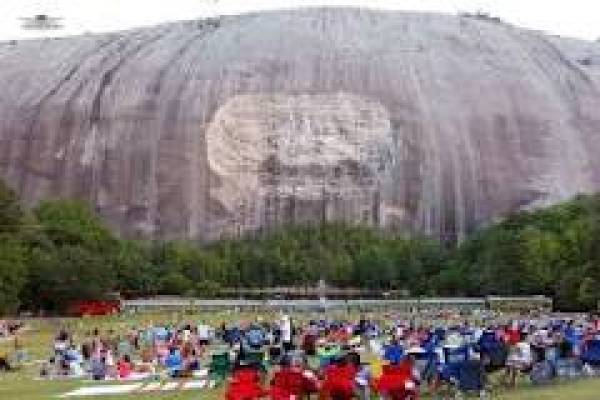 Former State Rep LaDawn Jones and her former seatmate State Representative Jason Spencer have concocted a plan to maintain the celebration of the Confederacy. The plan would re-designate Stone Mountain as a Civil War memorial instead of a Confederate memorial. Changing the name does not change the fact that the carvings at Stone Mountain are the largest shrine to white supremacy in the history of the world. When there is a compromise on principles, there is only a delay in confronting and solving the problem. There can be no compromise on white supremacy.

1-There is nothing historical about Stone Mountain with regard to the Civil War.

2-The carvings are not "history" nor do they depict a historical event.

3-No monument is "history" and moving or destroying one will not "erase history."

4-The continued assertion of a "right" to celebrate the Confederacy is racial oppression.

These monuments have been successful in promoting white supremacy among all races. It is time America stopped celebrating the failed insurrection against itself.  Call Jason Spencer to express your opposition to this latest effort to preserve the Confederacy and white supremacy at 404-656-0177.