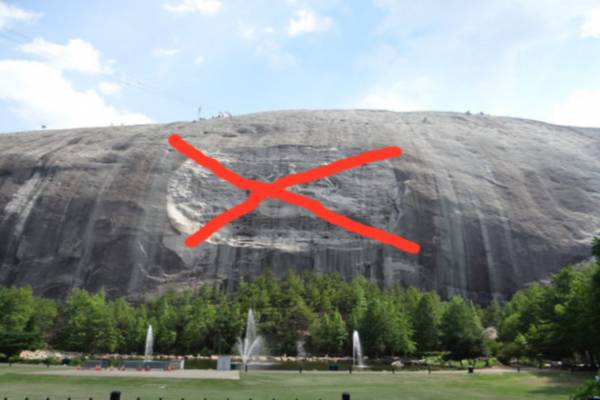 Every compromise on racial discriminatory policy and practice serves only to continue the oppression in some form. For example, the Emancipation Proclamation that NAACP branches celebrate annually exempted some slave-holding states and some counties or parishes within some states. The demands of the Montgomery Improvement Association accepted racial discrimination, asking that black riders be seated from the rear while acknowledging that white riders receive preferential treatment by being seated from the front. Court filings by the NAACP Legal Defense Fund asked for equal access and ultimately prevailed changing public transportation across America.

Black Georgia legislators meet this weekend in their annual convention. One of the keynote speakers for the event is DeKalb County CEO Michael Thurmond, who is on record supporting continued compromise on the racism of Stone Mountain. Instead of "accepting the monument" as a black Congressman suggested 3 years ago, black legislators should prepare a legislative assault on every mention of the Confederacy and Confederate States of America in Georgia's Official Code. The 2001 compromise to change Georgia's flag also codified the Confederacy and the protection of the monuments of white supremacy. These monuments were intended to declare white supremacy and normalize racism in every aspect of American life. Whatever the cost to remove or cover them, it is not worth another black life lost because of the encouragement racist white men with deadly weapons receive from them. There can be no compromise on principle. Germany bans the swastika every day in every way. America should learn from its effort to prevent another Holocaust.
#UniteAmerica #EndTheConfederacy